Is it a masterpiece of an anime? No! Is it chock full of nostalgia with an all-girl main cast in a typical shounen setup that makes it oddly satisfying? Yes! As someone who grew up habitually watching Inuyasha until like 3am, this series is hitting just right so far. There are a lot of unanswered questions as to the fate of our old favorite characters, but I’m sure those will come along eventually. In the meantime, I’m perfectly happy watching a group of girls kick butt with demon swords, magic pearls, and “Iron Reaver Soul Stealer”s in tow.
One major difference between Yashahime and Inuyasha is, while Inuyasha had a lot of romantic motivations, this series seems to focus more on family, with the main characters trying to repair or grow the bonds between each other. The only romantic inclination is presented in a twisted, one-sided way through a recurring antagonist, which hoboy there’s a lot to unpack in this basic description alone eh? Anyway, 20/10 big recommend based purely on nostalgia and love of the “monster of the week” formula.

Everyone’s heard of this one and everyone has their opinion, but for me Genshin Impact is a game that I can’t keep myself away from! As a seasoned gacha game player I will say the gacha system is not the worst I’ve seen (imagine if any other game gave you a SSR for 9 10-pulls, I’d barely ever spend a dime). My tidbit of gacha advice is if you want to be free-to-play, be willing to save up and not pull for every 5-star character and weapon as they roll out. Save primogems/wishes for the things you’ll really want or need. I’ve also found that pacing myself and plotting out which domains/bosses/days to prioritize has helped me enjoy the game, and keeping things light and casual by focusing on events or playing with friends staves off any frustration I’d have with the end-game resin limits. The game is gorgeous, and the story is really neat so far, so while I understand that Genshin has its flaws and isn’t for everyone, I’m personally excited for more!

Speaking of gacha, one of my favorite mobile games got a total revamp in March of this year!! The base game of Ensemble Stars!, an idol training game, was renovated and split into Ensemble Stars!! Basic! and a related rhythm game featuring the franchise’s fantastic discography, Ensemble Stars!! Music!. These games don’t have an official English release so I hesitate to recommend them to people, despite thorough and quick translations for menus, stories, and events available online. BUT Enstars is ABSOLUTELY my favorite mobile game, and while I’m still working on getting stronger teams in Music!, this update and expansion was a huge media highlight of my year, especially considering the stale anime tie-in events that Enstars employed in the year leading up to the big changeover. Having new characters, shuffle units, and new types of events to look forward to was great, and seeing fresh stories and gorgeous art with some of my favorite characters has revitalized me many times!

Four years after its first season, Re:ZERO was finally able to Return by Death! By which I mean, in that time some of the original staff of the show had moved on from White Fox studio and many were starting to lose hope on a sequel ever airing, much less one on par with the original. So the fact that this came out and has a 2nd cour on the way next year is nothing short of a small miracle in the eyes of fans like me! Not only that, this season offered some hints and answers to some of the bigger questions posed in season 1, with lots of fresh characters and exciting (and sometimes horrifying) twists along the way!

One of the largest JRPG franchises, The “Tales of” series, had its 25th anniversary this year! And with it came the release of a new crossover mobile game: Tales of Crestoria! Crestoria has its own main cast and a fairly interesting story: our young protagonist joins up with fugitives to fight a corrupt system and has to come to terms with his own sins along the way. Characters from the breadth and width of the Tales franchise are sprinkled throughout the story, some have been strangely isekai’d into this new land and others have been there for as long as they can remember. I’ve only played a small handful of Tales games, so I’d say Crestoria does a pretty decent job of introducing crossover characters in a way that makes you care about them within the context of the main story, there’s no prerequisite to play other Tales games beforehand.

Story aside, the different modes in the game are pretty neat! Not only is there a main story to fight through and events, raids, guild groups–the usual mobile-adventure-gacha game fare, but there is a pvp Arena! It’s become one of my favorite aspects of the game. While it’s not a “live” fight, you’re pit against other players’ Arena teams, and it can be a great stress test for how your strongest team is performing. In all aspects of the game, there are auto and fast forward functions that make grinding less of a hassle. I also really love the accessories and outfit options they add to the game seasonally, it’s a great motivation to play outside of events! There’s a lot to love for Tales fans and newbies alike!

This is a game that I truly only consumed because of 2020 circumstances. As August rolled around, I found a lot of my usual hobbies and timesinks were growing stale. I wanted a safe way to hang with friends, interact with new people, and experience a new world and story. At this time, FFXIV had just expanded their free trial with their 5.3 patch. I’ve never been interested in MMO’s, but I figured it was worth a shot. A few weeks later, I had made it through the majority of A Realm Reborn and was bumping up against the free trial level cap. I was totally enthralled!! Most players were really nice and helpful to my little sprout character, the story and characters were intriguing, and even some of the most basic outfits were super cute!!! It really picked me back up during one of the more stagnant periods I had this year, and I was finally able to buy the full version with their Black Friday sale a few weeks back! Seriously if you know a couple people who play the game, or just want to try a MMO, Final Fantasy XIV‘s free trial is robust and definitely worth a shot!

A couple other mentions would be Phasmophobia for some hilarious ghost hunting shenanigans with friends and Jujutsu Kaisen as a fresh-feeling action show with some insane visuals!

Did 2020 give you the chance to try something new or revisit an old favorite? If not, I hope next year offers some rad stuff watch and play, and a safe and comfortable environment to enjoy it in! 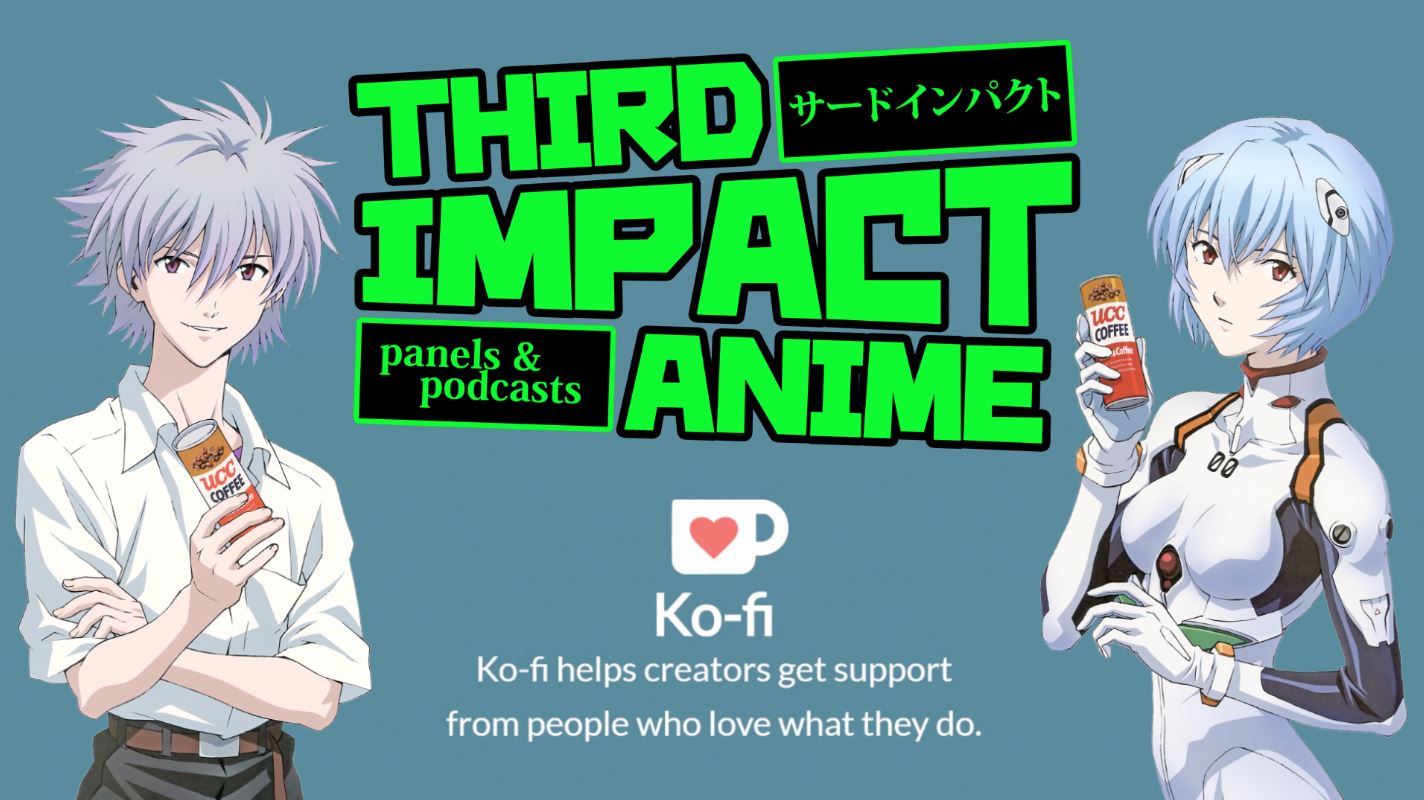 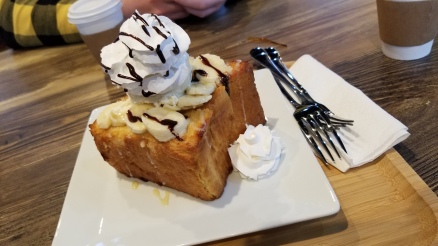 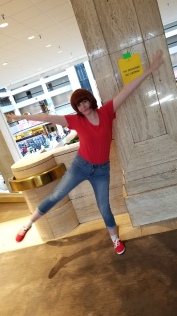 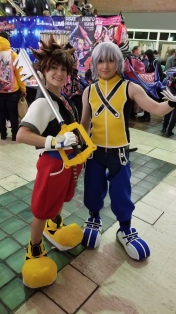 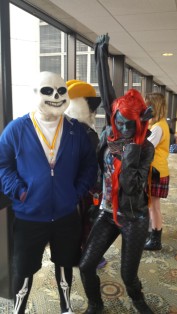 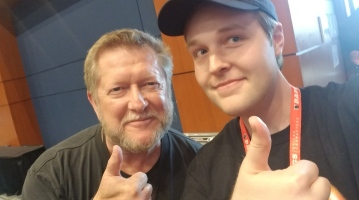 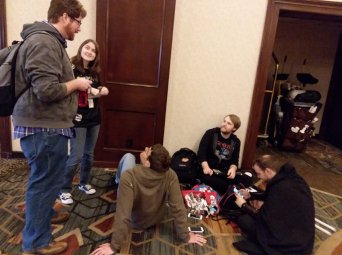 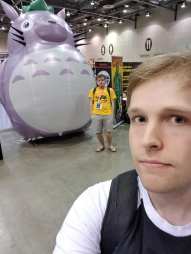 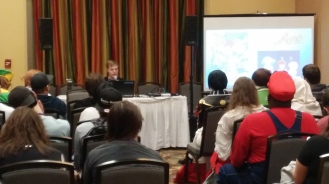 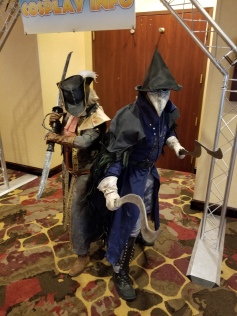 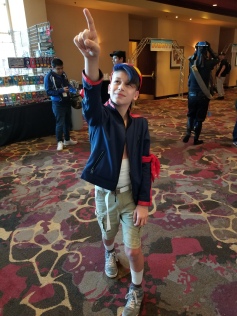 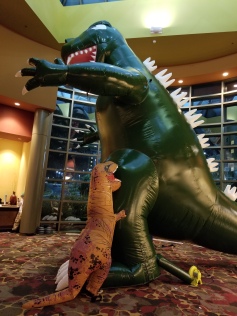