Coming off a spectacular first episode, Pop Team Epic had to be careful to not reuse the same gags while maintaining the off-the-wall charm that shocked us into paying attention. I can gladly report that it succeeds in doing so. Instead of more Hoshiiro Girldrop, we are treated to the actual opening animation of the show, which reminds of the first ending of Mr. Osomatsu–a variety of clips in unusual media and our main characters depicted in new styles. 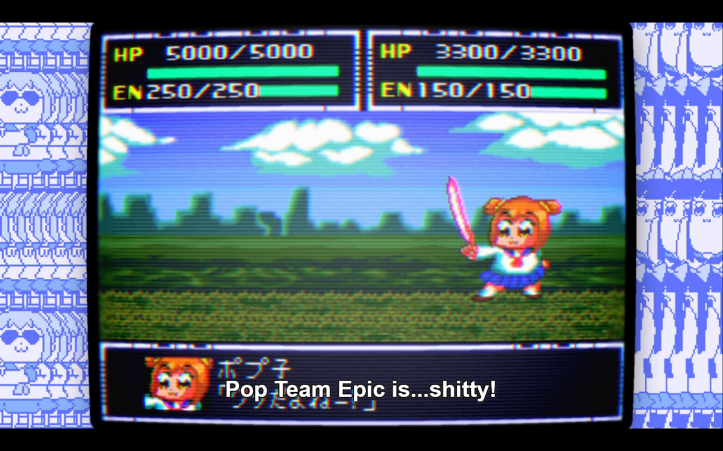 Pop Team Epic still uses a lot of the same referential humor early on. In the 8-Bit segment, we are treated to a Super Robot Wars reference, which glitches into the Kirby Super Star file select screen. At this point, I am wholly convinced this show is being made specifically for my tastes and for no one else’s, although I am certainly glad to see other people enjoying the ride! 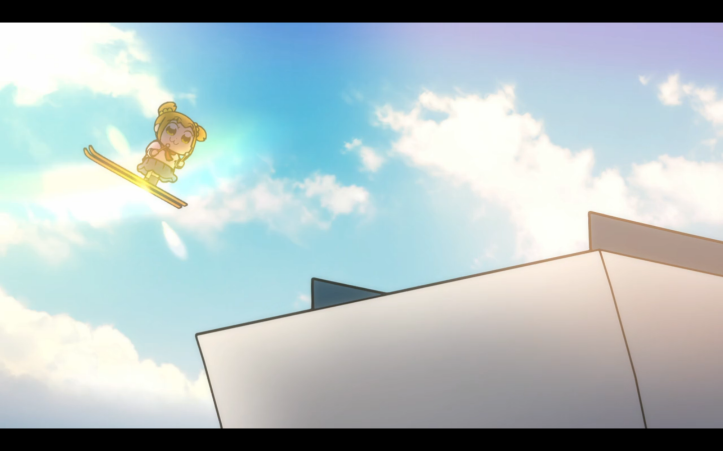 And what a ride! Episode 2 has a few more quick, individual skits than the first. From the “Vanver” voice-over gag starting the episode, to the surreal “Bob Team Epic” segments by the maniacal AC-bu, Pop Team Epic has no problem with taking us into weird, uncharted territory, poking fun at the process of animation itself. One of the final segments is an entire song-and-dance number created with needle-felted dolls. This stop-motion scene could have been lazily executed and boring, but there is a lot of effort devoted into getting little details right, from the sway of the skirts to the individual postures and hand-movements. The series may exist as one big joke, but if something is worth doing, it’s worth doing right.

The one gag that did make it over from the first episode is the rerun. The female voice actors come first this time, and I feel like that makes the male voices in the second half more impactful. As before, there are enough changes to make the rewatch worthwhile, so don’t skip out just because you’ve seen the gags already! 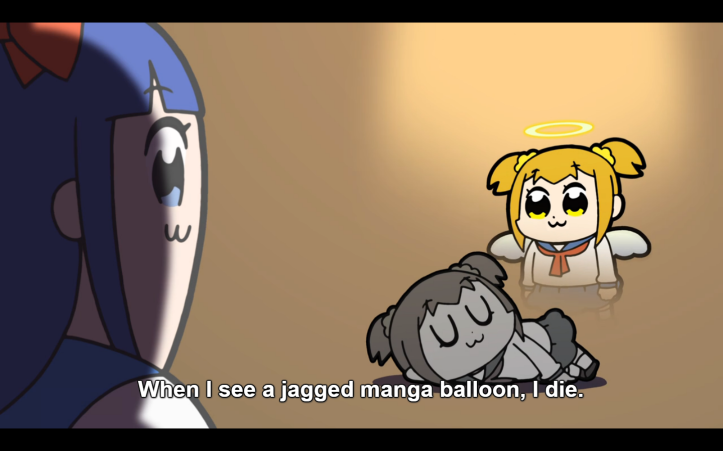 Again, Pop Team Epic won’t be everyone’s cup of tea, but for those of us with twisted humor and a desire to see anime do something more than the usual crop of feel-good adventures, this show is not to be missed.

Pop Team Epic is streaming on Crunchyroll and HiDive, with new episodes coming out every Saturday.